By all accounts, Joan Mitchell was as tough as they come. Aggressive. Defiant. Unapologetic. Contemporaries remember her voice as being like a worn cello. Her vocabulary rivaled a sailor’s. She was unique company. She brooked no opposition. She also was a great artist.

Born in Chicago in 1925 and educated at Smith College and the School of the Art Institute of Chicago, Mitchell moved to New York in 1949 and became a central figure in the emerging Abstract Expressionist movement, exhibiting with Jackson Pollock and Willem de Kooning in the now famous Ninth Street Show in 1951. 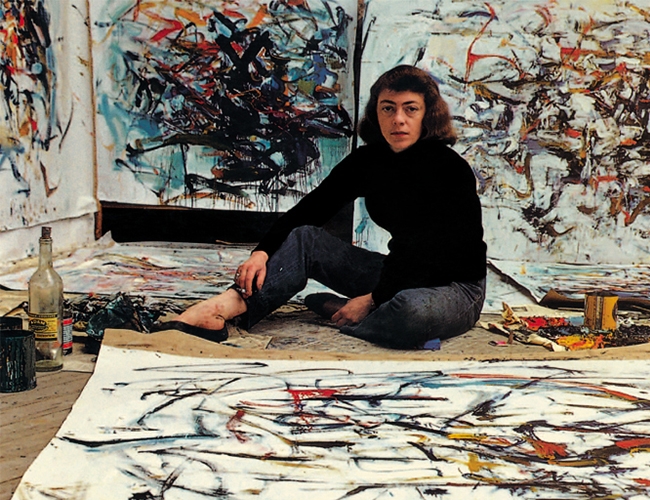 In 1959, she emigrated to France living first in Paris and then in Vétheuil, 65 kilometers northwest of the capital where Claude Monet had worked between 1878 and 1881. Monet haunted Mitchell throughout her life despite her fervent denials to the contrary. (Fact. Reproductions of his work lined her house late in life.)

Like Monet’s best late work, the drawing is both dense and airy, assertive and lyrical. Each color competes with the next—the green against the yellow, the two of them against the blue, the black against all three with the crimson and orange clamoring for their own place in this finely orchestrated melee. It’s not just color that activates this dynamic diptych. Line wrestles with form, form with space, space with the flatness of the surface on which Mitchell pits masterful draftsmanship against youthful daring. 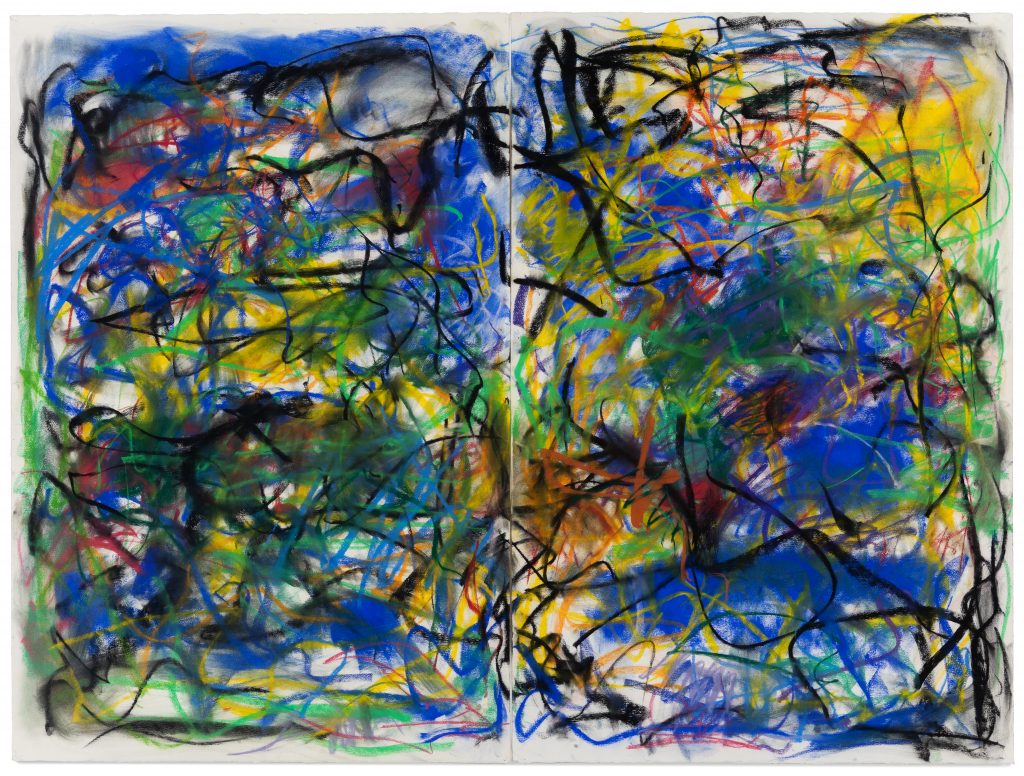 Monet would have been proud to have called her a protégé.

This work by Joan Mitchell will be offered in our October 2 Post War and Contemporary Art auction at Hindman.