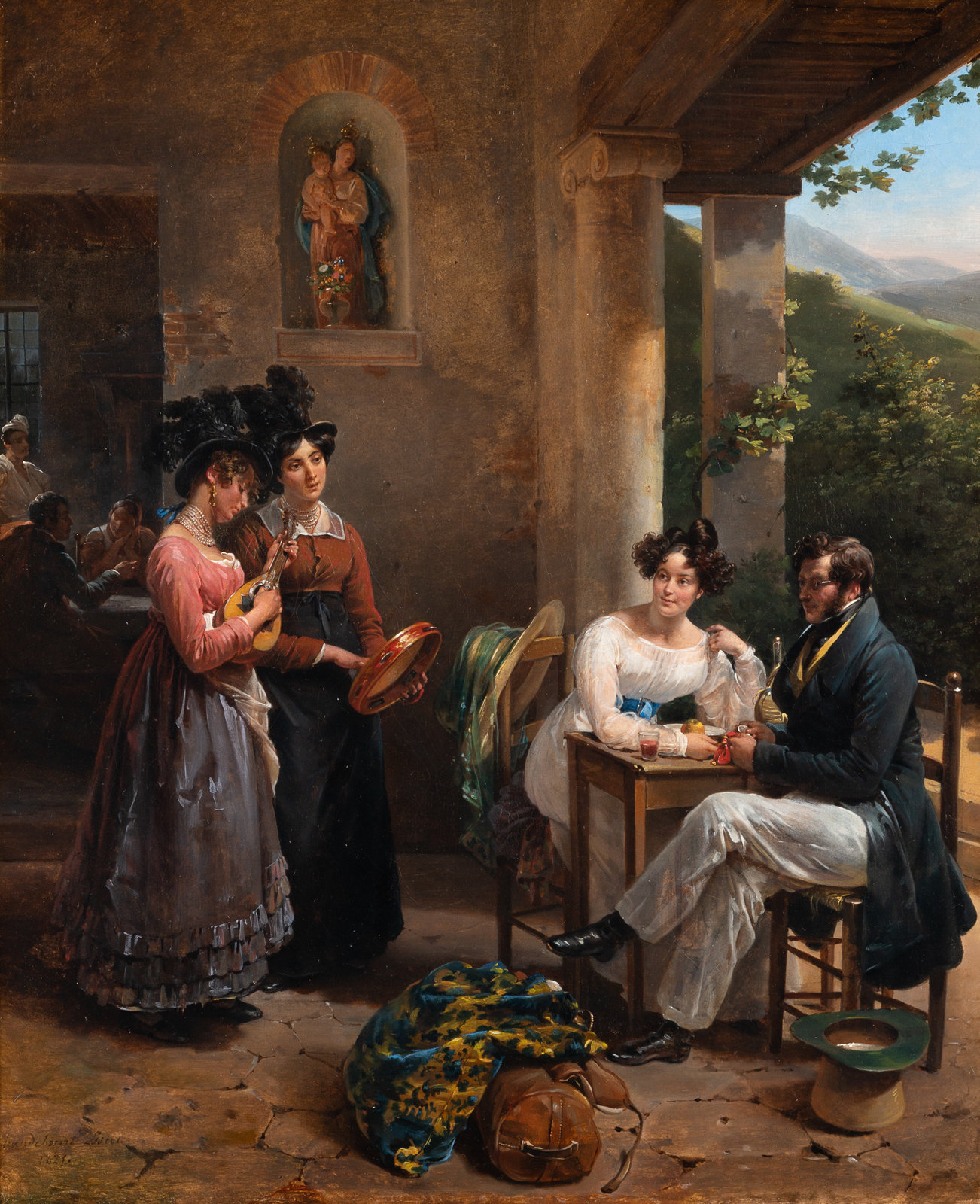 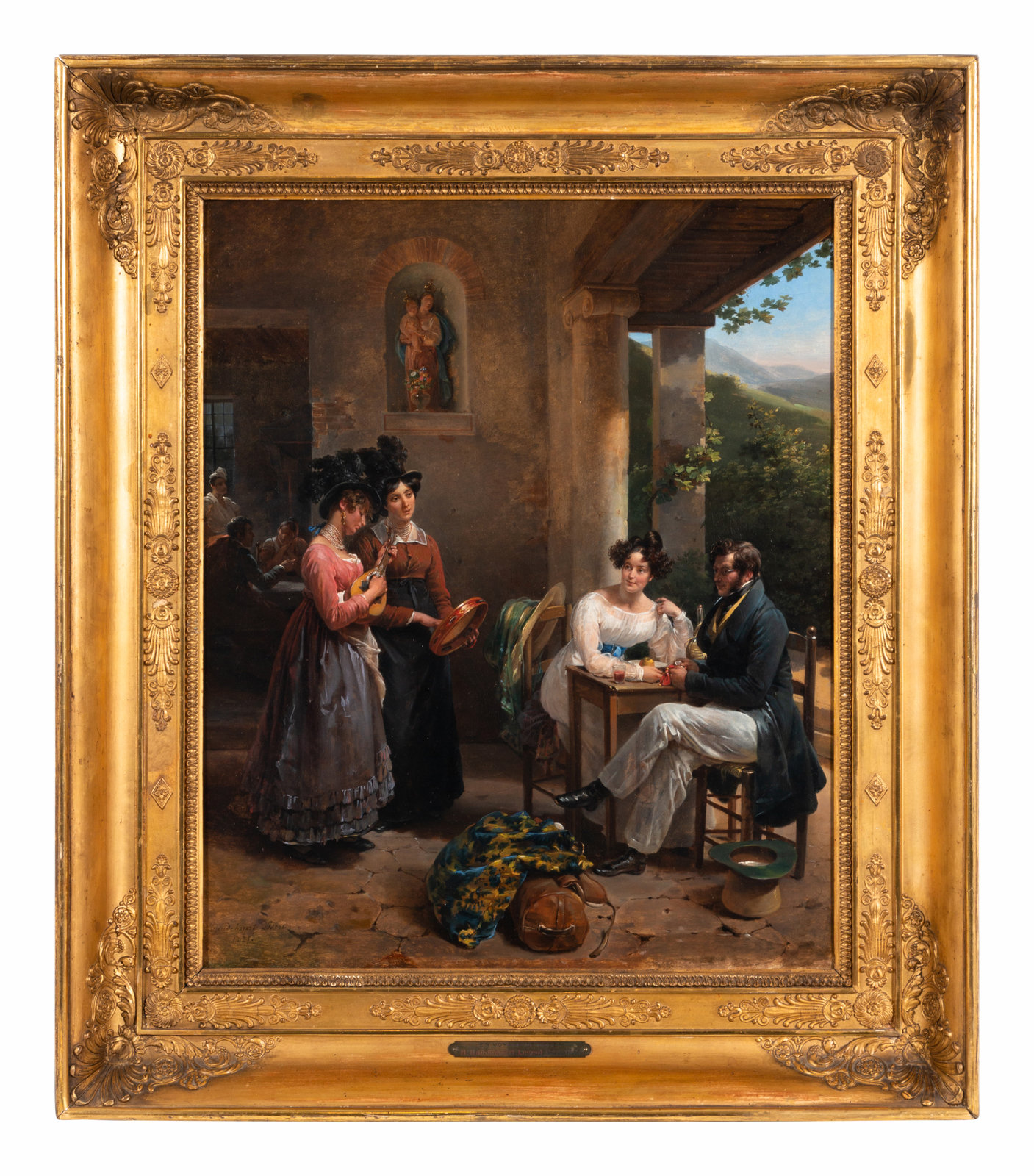 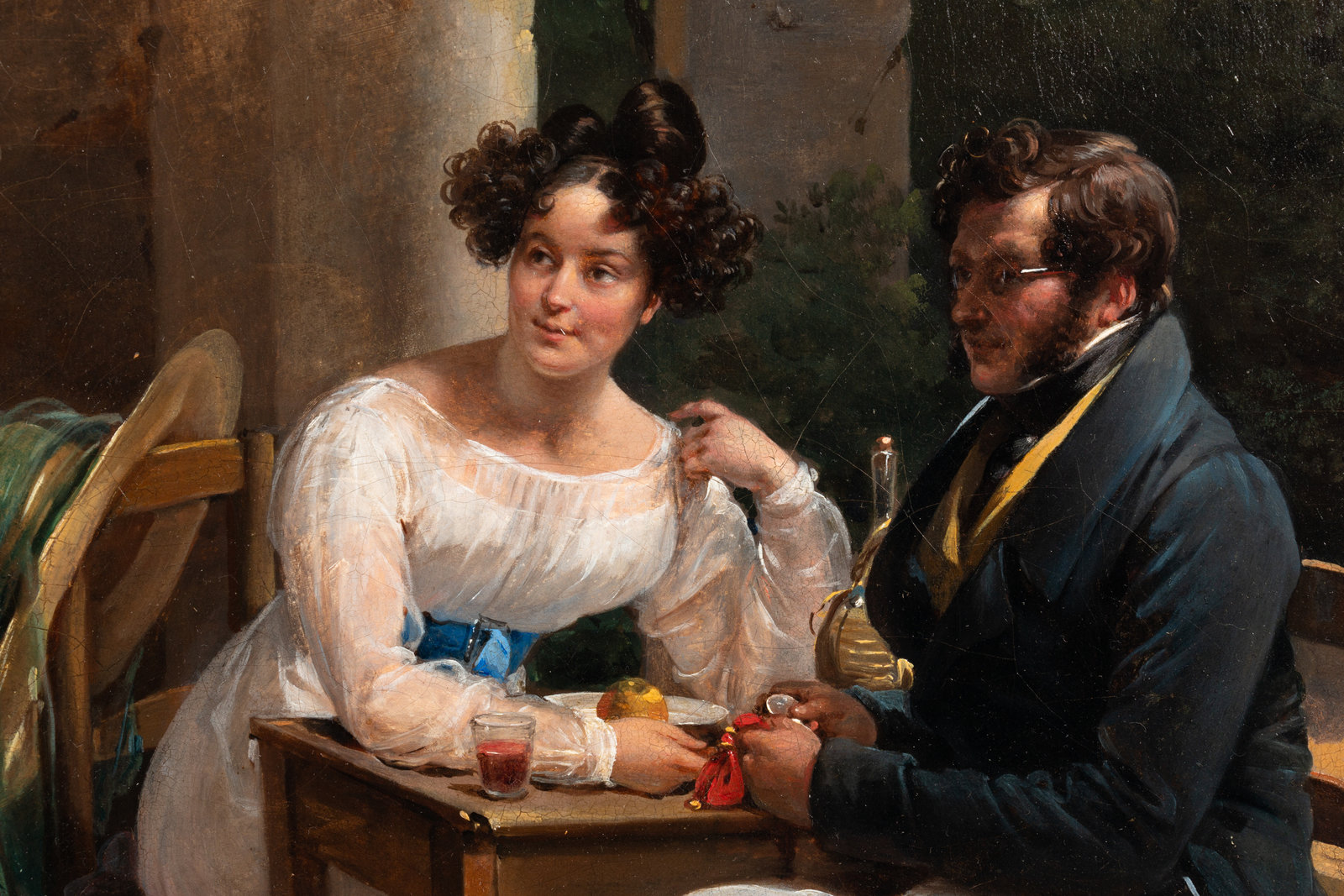 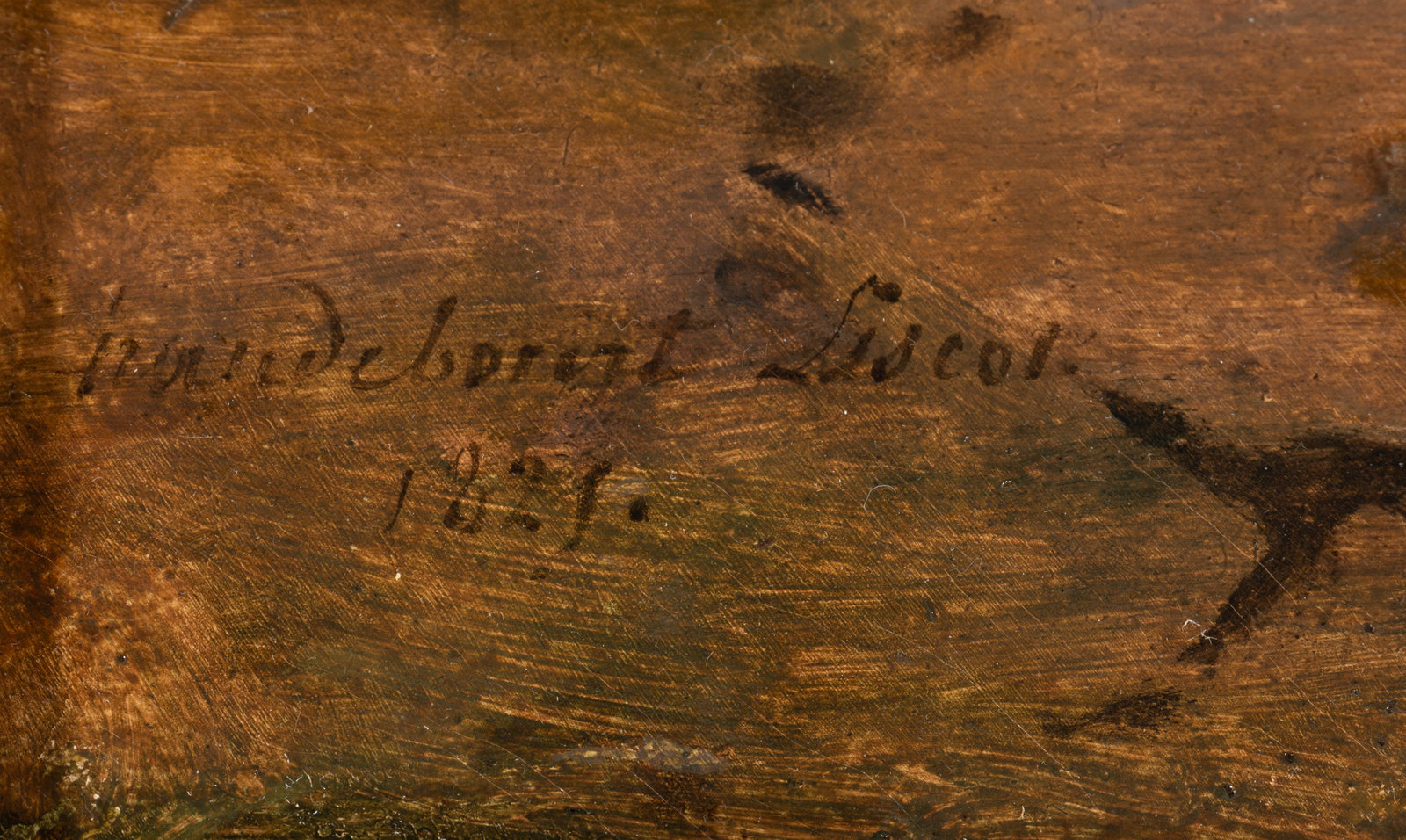 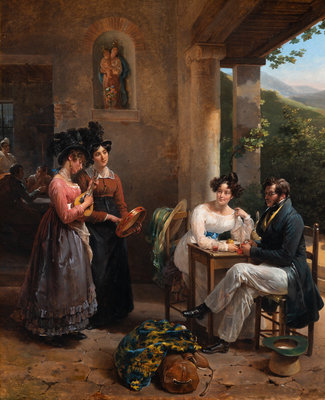 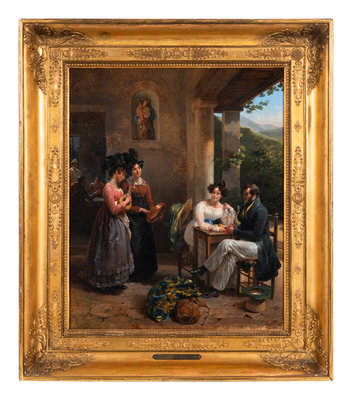 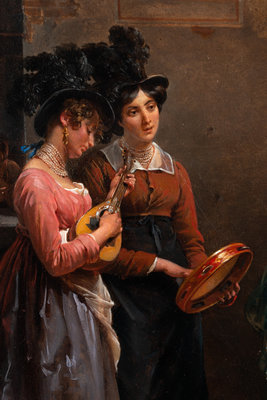 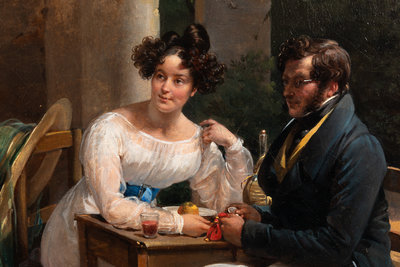 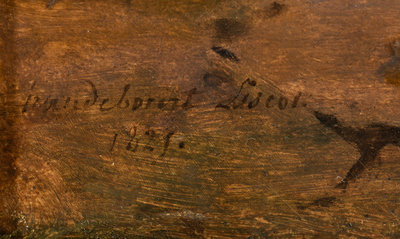 Mme. Haudebourt Lescot was a pupil of Guillaume Guillon. She is the only female artist portrayed by Francois-Joseph Heim, among those artists rewarded by Charles X following the Paris Salon of 1827. She spent many years in Italy where she painted genre pictures that were extremely popular in Paris and well-received in the Salon, winning a first class medal in 1828 and second class medals in 1810 and 1819. The artist continued to exhibit regularly at the Salon over the next 30 years. She was particularly noted for her portraits. The artist married architect Louis-Pierre Haudebourt in 1820. The present lot is a self-portrait of Mme. Haudebourt Lescot and her husband on their wedding trip.
Condition Report