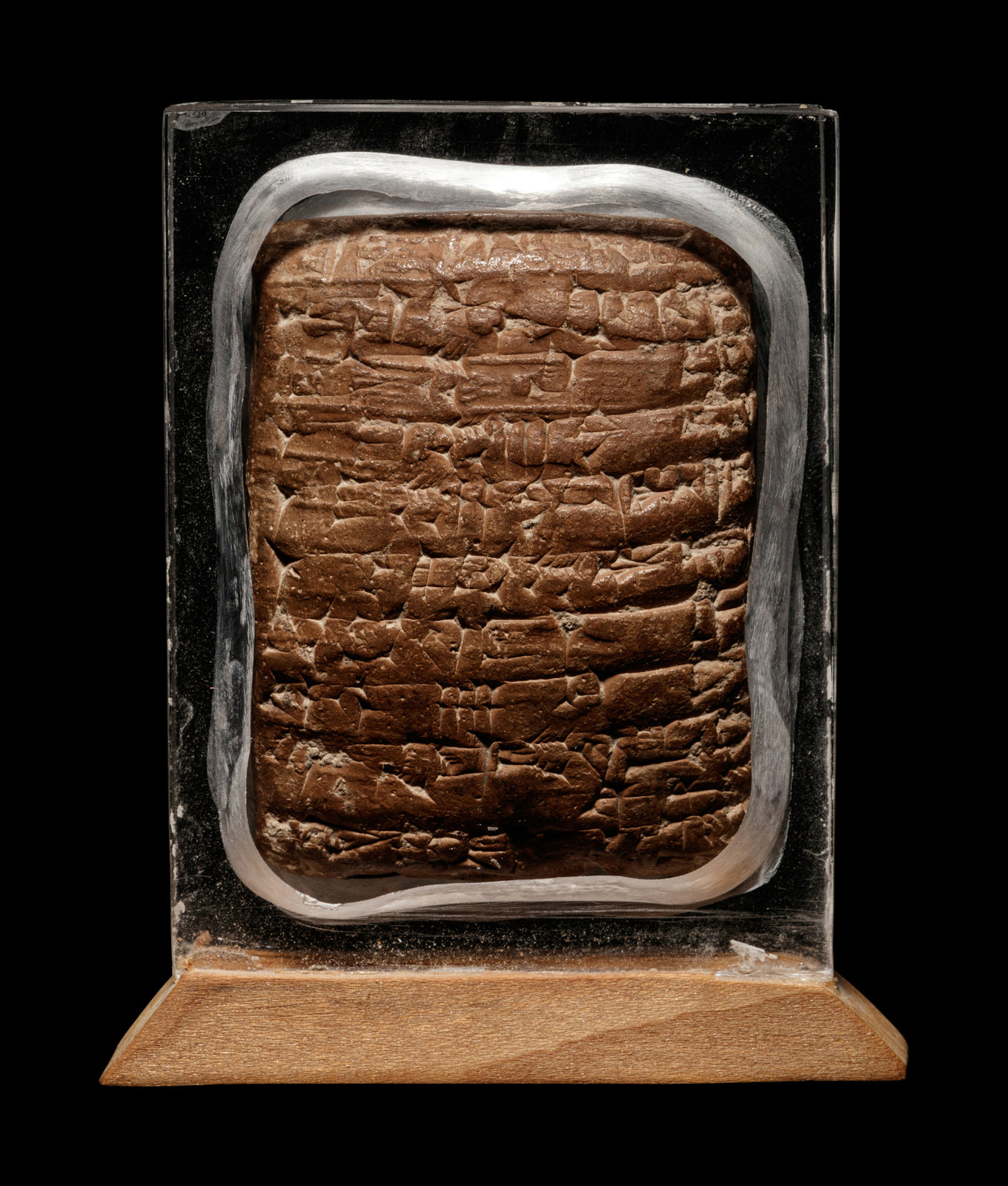 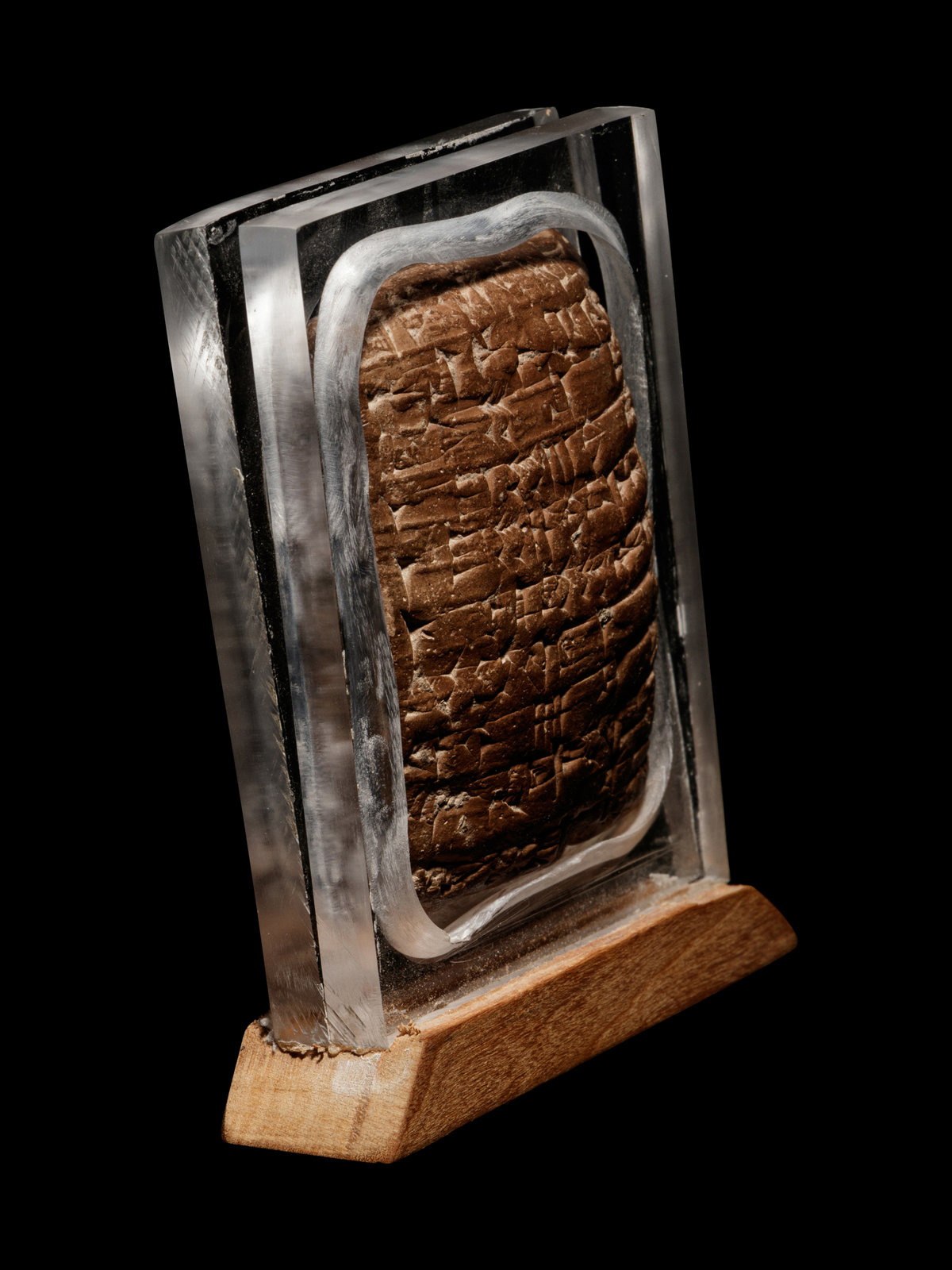 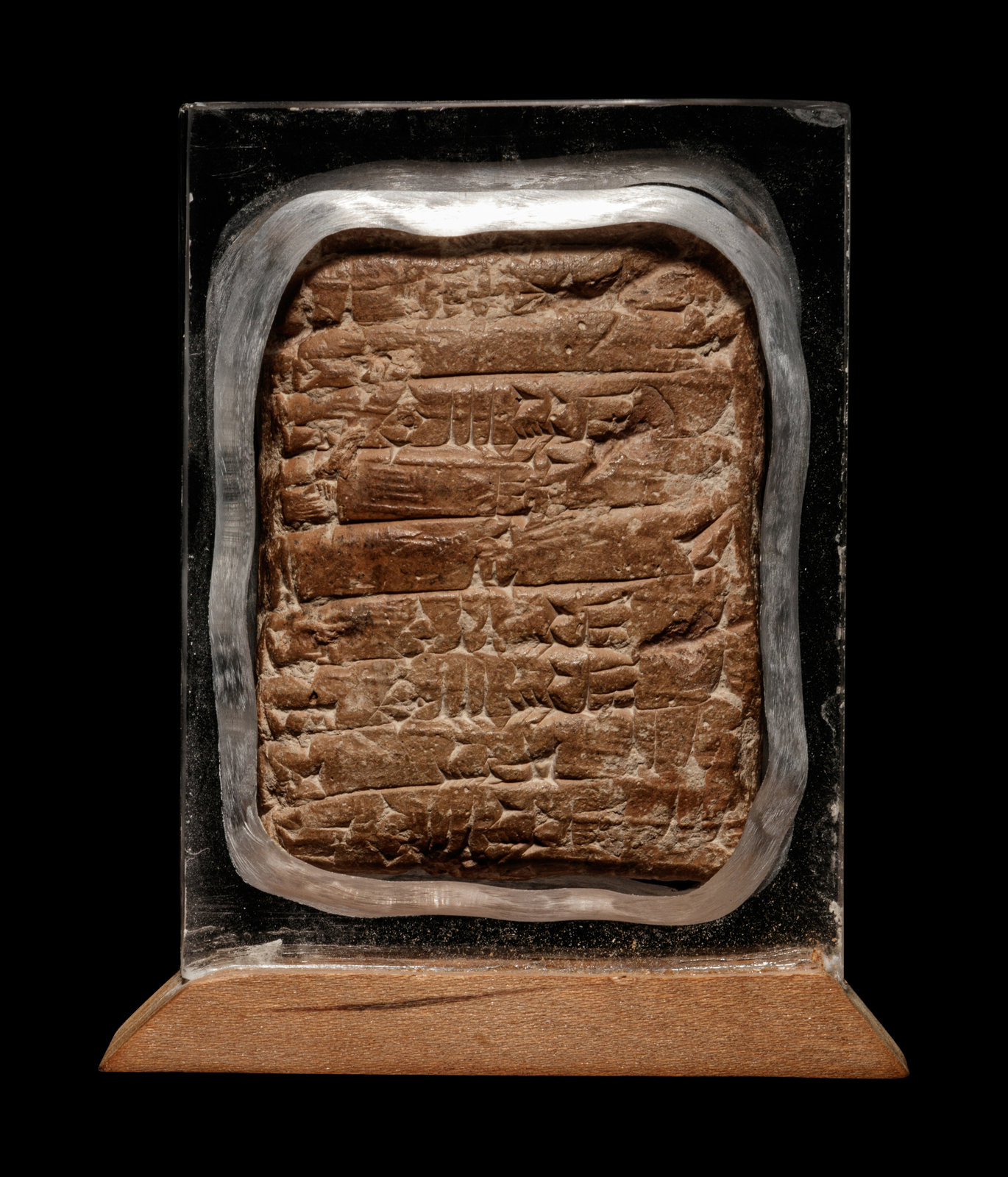 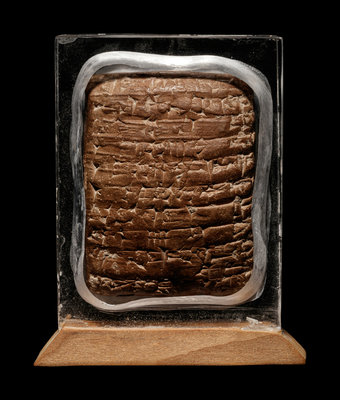 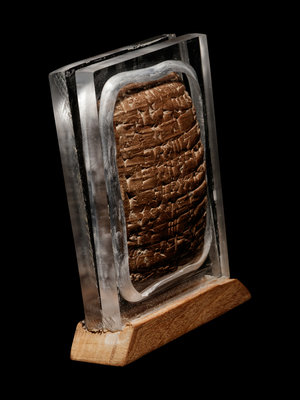 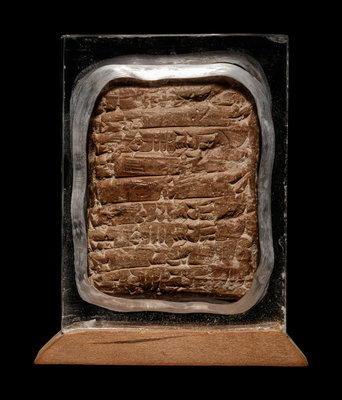 Note:
This tablet is an account of grain-fed sheep for several deities (Enlil, Nin-lil, Nanna, Nanaya, Inanna) as palace offerings. The official who issued the animals is Enlil-zishagl, a well-known official involved in many other similar texts that date to the reign of King Shu-Suen of Ur. Many related tablets were sold in the United States  in the early decades of the 20th century, prior to 1930, and are now in museums and institutions throughout the country.
Condition Report